You are here: News Unilever largest polluter in the Philippines

Unilever largest polluter in the Philippines

Amsterdam, 6 June 2018 – One of the main causes of plastic soup is the packaging produced by Western multinationals used in countries with an insufficient waste infrastructure. Furthermore, many products in poor countries are marketed in minimal quantities. These mini packages are found everywhere in the environment, as there is no financial profit in recycling them. Unilever is identified as the multinational that contributes the most to the plastic soup in the Philippines.

This week, two environmental groups presented the results of plastic audits in the Philippines. Data was gathered by registering which multinational was responsible for the found packaging in five cities and during clean-up actions on the beaches. Unilever, Procter & Gamble, Nestlé, PT Mayora, Colgate-Palmolive and Coca-Cola formed the top six and together they are responsible for about three-fourths of the collected household waste, which is waste that can neither be composted nor recycled. Of all the plastic household waste 74% exists of single-use plastic packaging. Unilever takes first place with 11.63%, followed by Nestlé with 10.32%.

In January 2017, Unilever promised that all their packaging will be reusable, recyclable or compostable by 2025. However, they did not commit themselves to stop the continued, unlimited use of plastic packaging. In the same press release Unilever also announced a solution to recycle mini packaging, which is extra complicated as the sachets consist of several different layers of plastic foil. Unilever is researching a new way of recycling these sachets, but fails to suggest a viable method for collection and transportation of mini packaging to modern recycling plants.

Last month, a plastic audit took also place in India. Nearly half of the more than 46,000 pieces of plastic collected turned out to be multi-layered packaging. Pepsi-Cola leads this list of polluters and Hindustan Unilever, a subsidiary of Unilever, ranks third.

It is an illusion that recycling is the solution for plastic pollution. “It’s time for the world’s largest governments and companies to recognise that we cannot recycle our way out of this problem,” stated Greenpeace in a statement released, together with Break Free From Plastic, this week.

Photo: mini packaging in a store, published in the Plastic Soup Atlas of the World 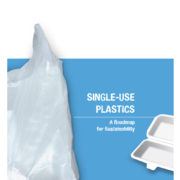 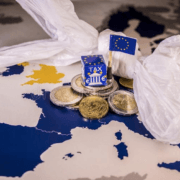 European tax on plastic misses the point
Scroll to top