You are here: News Microplastics in insects in rivers South Wales

Amsterdam, 13 November 2018– Is plastic pollution causing microplastics to penetrate the food chains of freshwater ecosystems? A recent research answers with a yes. Half of the examined insects from rivers in South Wales turned out to carry microplastics that must have originated from the water or the soil they live in.

Immature mayflies and caddisflies from three rivers were examined for microplastics. The sampling areas were found upstream and downstream of five water purification plants. On all locations microplastics were found in the insects. Contrary to the expectation of the researchers that insects downstream would contain larger amounts of plastics than those upstream, no significant differences were detected between the locations.

Because the examined insects have different diets, the researchers could also investigate whether choice of food plays a role in the exposure to microplastics. This turned out not to be the case. However, the mayflies that primarily live in the water, did turn out to contain considerably less microplastics. This in contrast with the mayflies that search for similar food on the river bed. So, a preference for a certain habitat, water or soil, might provide an explanation for the different amounts of microplastics found.

The researchers express their concern about the spread of microplastics in food chains through insects. Especially fish, but also other animals – such as amphibians and predaceous insects – feed on mayflies and caddisflies. This mechanism was also brought to light in another recent research. 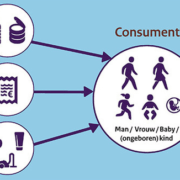 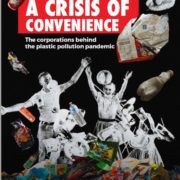 Greenpeace torpedoes plans of multinationals to curb plastic soup
Scroll to top
This site uses cookies. By continuing to browse the site, you are agreeing to our use of cookies. Learn more