You are here: News Visual litter assessments are deceptive

Amsterdam, 19 August 2019 – All cleanup actions actually lead to the same conclusion: it is extremely unreliable to visually assess the cleanliness of the environment. At first glance, it may look clean, but if you search for waste, you have a full bag in no time. This is also the case at the Boskalis Clean Up Tour 2019, which is now in full swing. This month, volunteers cleaned up the North Sea beaches for the seventh time. In the six prior times, 12,000 people removed a total of more than 83,000 km of litter. Sign up here to join the Boskalis Clean Up Tour 2019.

In Amsterdam, the degree of cleanliness of the canals is entirely determined by visual inspection. The Canal monitor 2017 gives the ratings for that year. The city awarded itself a 7.8. Absolutely a great result and well above the established norm of 7. Amsterdam started the measurements in 2014 and in that year there were visual inspections at 46 locations. The standard (of 7) indicates ‘one or a few pieces of floating litter, not of natural origin. Impression: mostly clean’. Amsterdam houseboat residents know what the volunteers involved in clean-ups also know; the reality is dirtier.

Houseboat residents are closest to the water and see waste float by on a daily basis. One boat resident in the Entrepothaven took a test. For two weeks in September 2018, he fished all the waste out of the water along a six metres stretch of the quay during ten half a minute periods per day and described the items. This gave him a good impression of one location. The result: 203 items with a total weight of 4.1 kg, 90% of which was plastic. Extrapolating to the entire quay —a length of 2500 metres — the resident’s calculation results in at least 5000 kg of plastic (dry weight) per year! The photo shows the pieces larger than 10 cm. Click here for the full description.

Therefore the resident’s rating is not a generous seven, but a meagre three. And in the Amsterdam rating system, this indicates ‘multiple pieces of floating waste not of natural origin that have long been in the water or much floating litter not of natural origin. Overall impression: polluted’. 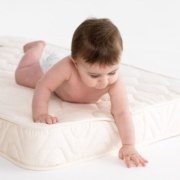 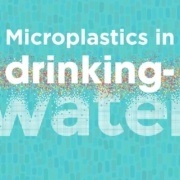