You are here: News At No. 5: Coca-Cola’s cans, bottles, and shrink wraps

At No. 5: Coca-Cola’s cans, bottles, and shrink wraps

September 2019: Today part 2 in the countdown of the most commonly found litter on World Cleanup Day. The signal red Coca-Cola packaging with the white swirl – officially called the Dynamic Ribbon – was good for a 5th place last year.

Not really something to be proud of. The question is how high will they end up on our wall of shame this year?

Coca-Cola’s new advertising campaign starring the English artist George the Poet is eye-catching: Open Like Never Before. On the bus shelter opposite our office in Amsterdam hangs the Dutch language poster version of the commercial: ‘What if you and I are the change? And we choose to be open?’

Practice what you preach!

Plastic Soup Foundation hopes of course that Coca-Cola believes in practising what you preach and that the company will be ‘open’ to our story about the extent to which it contributes to the plastic soup. While we consumers should clean up our waste, it surely can’t be the case that billions of companies therefore not need to worry at all about the life cycle of the material in which they pack their products?

Coca-Cola’s campaign last year – Let’s Not Waste this Summer – also sounded wonderful and sustainable and so on, but Coca-Cola is actually pushing the waste problem onto the consumer’s desk and until recently kept quiet about introducing deposits on bottles and cans. Something we know for sure helps fight litter.

Until July of this year, when Ben Bijnens, Country Director of Coca-Cola Netherlands, said something that sounds like music to our ears: “We don’t want to find bottles and cans where they don’t belong. That’s a problem and we want to do something about it. Deposit-refund system is a tool to get all those bottles and cans back.”

In the Netherlands alone, according to the central Government, 100 million plastic bottles end up in nature every year! Fortunately, after 20 years of struggling, politicians have finally taken the decision – on 1 July 2021, to have a 15 cent deposit on every plastic bottle. Hopefully the same will happen for cans in 2022!

Still, a compliment is owed to Coca-Cola for the ‘KeelClip’, not a very nice name, but a good idea. The KeelClip is a cardboard box over the top of a number of cans to hold them together and make them easy to carry. This invention should save 350,000 kilos of new plastic every year in the Netherlands alone! And of course it will avoid a lot of animal suffering as animals often get entangled in the six pack rings.

By the way, as far as we are concerned, an invention by the Mexican beer brewer Corona is the no.1 nicest and most environmentally friendly solution to keep cans together: https://youtu.be/DvE7ectCY3c.

Do you also want to join World Cleanup Day? Take a look at our website to see which cleanup actions have already been set up in your neighbourhood or add a cleanup action on the map yourself! 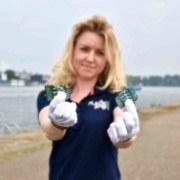 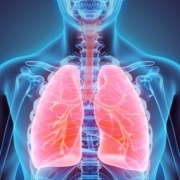