You are here: News Biomaas wins 50,000 euros in the Young Plastic Pollution Challenge

The student team BioMaas from Maastricht has won the first edition of the Young Plastic Pollution Challenge with their plan to investigate which organic waste is suitable for producing fully compostable products like cups, bowls, plates, and packaging materials.

Their idea is to sell these products to companies in Maastricht that participate in the collection of the required organic material. They also want to publish the production methods completely open-source and thus make them available to everyone.

BioMaas is a multicultural and multidisciplinary team of students and recent graduates from Maastricht University and the University of Technology in Eindhoven. Like the other winners, BioMaas will execute their plan within the coming two years and will be coached for three months by experienced entrepreneurs and investors in sustainable technologies.

Fifth-year medical student Kim Blommestein has won 40,000 euros with her project Green Healthcare. Blommestein was so shocked by the enormous amount of plastic she saw thrown away daily in hospitals that she decided to investigate whether there was no other way.

With her project she will start educating hospitals about the possibilities of reducing their plastic footprint safely and helping the staff by offering a kind of starter package.

Kim Blommestein concludes that hospitals, especially since the ’80s, have increasingly switched to disposable plastic to prevent infections. Still, several studies now show that the quality of reusable materials has improved so much since then that they are an excellent alternative to disposable materials.

TU Delft’s MAPP student team is the second runner up. The seven students who regularly participate in robot competitions worldwide have won 30,000 euros to develop so-called swarm-bots, swarms of robots that can inspect large areas for litter and collect relevant data.

In 2019, these students already developed the BeachBot, a robot that uses artificial intelligence to search the beach for litter and then clean it up. The focus was on cigarette butts, ten million kilos of which are thrown away carelessly every year in the Netherlands alone. Cigarette butts, with their partially plastic filters, constitute a major contribution to the plastic soup.

Spronck Foundation and Plastic Soup Foundation are based in the Netherlands and share the mission to end our earth’s plastic pollution. If we don’t act very soon, our environment – according to this latest scientific report published in Science – will be polluted with 1.3 billion tons of plastic waste by 2040. All this plastic will fall apart into ever smaller pieces and will eventually end up in our bodies in the form of micro and nanoplastics via the air, water, and our food.

The Young Plastic Pollution Challenge is a unique contest aimed specifically at stopping plastic pollution at its source. Participation is open to students based in The Netherlands between the ages of 18 and 29, and startups that have been around for up to two years. The jury consists of Fionn Ferreira, the Irish student who won the Google Science Fair in 2019 for his invention to remove microplastics from water; Anne Marieke Eveleens, co-founder and co-creator of The Great Bubble Barrier; Maurits Koning, director of investment fund Ponooc; and representatives of the Spronck Foundation and Plastic Soup Foundation.

Watch the after-movie of the finals here!

Want to watch the entire final of the YPPC 2021? Then click here. 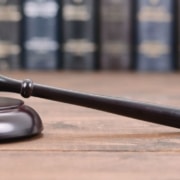 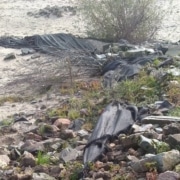 Rijkswaterstaat must clean up non-functional ground cloth
Scroll to top