You are here: News Only prevention will effectively decrease the amount of plastic food packaging

In the fight against plastic pollution, Brussels is requiring the EU member states to come up with an ‘ambitious and continual reduction plan’ in the use of plastic products. Since July, the SUP-Directive has banned some products, and in one-and-a-half years’ time, some other products will be subject to the extended producer responsibility (EPR). The member states may define those EPRs themselves. How this instrument will be put into effect is important.

Ecologic, the German institute, puts its finger clearly on what is missing in its new report entitled ‘Extended Producer Responsibility and Ecomodulation of Fees’. It asserts that the current interpretation of EPRs is not leading to a substantial reduction in waste. Another interpretation will prevent the creation of waste altogether.

The EPR puts the responsibility of the end phase of the product on the producer. The producer pays a fee based on the number of products or packaging that it offers. This money funds waste processing, transport, and recycling. The usual practice does not encourage the reuse of products or packaging while this would significantly reduce the amount of waste. An EPR that is based on variable fees would do this. The rates for products frequently found in the environment should be higher. In contrast, products that can be reused should be exempt from a levy or even be rewarded.

In short, the EPRs could have an inherent stimulus to stop using single-use packaging and to change to reuse, for example through a deposit or refill system. Ecologic’s report shows the potential of the ‘ecomodulation of fees’.

MINISTER IS NOT CLEAR ABOUT THE INTERPRETATION OF THE EPRs

The SUP-Directive anticipates quite a lot of items to be included in the EPR. These include one-person food packaging, drinking cups, bags and wrappers, lightweight bags, and wet wipes. Most (in Dutch) EPRs should take effect on 5 January 2023 – one-and-a-half years from now. It is thus critical to know the focus of the EPRs. Will it be on waste management and cleaning up costs or on the prevention of waste on the basis of differentiated fees or other forms of stimuli?

The new Minister of Infrastructure and Water Management, Steven van Weyenberg (D66 political party), unfortunately, will not give a definitive answer. This week he wrote (in Dutch) the following to the House of Representatives: ‘In the framework of the implementation of the SUP Directive, preparatory measures should lead to a substantial reduction in food packaging, including the introduction of an extended producer responsibility to tackle litter. A letter to the House of Representatives later this year … will address this.’

Will this be fighting a losing battle or will the letter to the House of Representatives show that a serious effort will be made to prevent waste? We advise the Minister to read Ecologic’s report thoroughly.

Read more
How big will the effect of a deposit on bottles be this year? 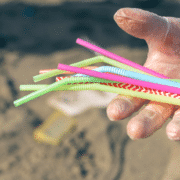 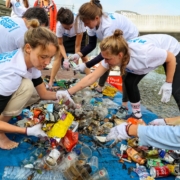 Deposit system a success: plastic bottles found have been reduced by a third...
Scroll to top