CMA CGM, one of the world’s largest container companies, will stop transporting plastic waste on 1 June. The French shipping company transports about 50,000 containers filled with plastic waste every year. The announcement was made at The One Ocean Summit organised by France’s President Macron earlier this month.

A year ago, more than 50 NGOs called on the nine largest container shipping companies to stop transporting plastic waste to countries that are not able to recycle that waste properly. CMA CGM is not only the first to respond positively to the call, but even goes a step further by announcing that it will not transport plastic waste anymore at all.

The call is part of the successful Global Shipping Lines Campaign.

TIGHTENING REGULATIONS APPEARS TO BE INEFFECTIVE

The treaty covering the international transport of hazardous waste products, the Basel Convention, tightened the regulations governing the transport of plastic in 2019. Only clean and sorted plastic waste that is suitable for immediate recycling could be traded freely around the world. The general export of plastics fell under a notification requirement (in Dutch) for exporters. Since 1 January 2021, 187 Convention member countries may reject mixed and dirty plastics. But this proves ineffective as the export – both legal and illegal – of plastic waste simply continues.

An episode of the watchdog programme ‘Pointer’ (in Dutch) revealed how easy it is to get around the regulations. The Dutch Human Environment and Transport Inspectorate (ILT) explained to the camera that it is impossible to check what happens to the waste in the recipient countries. Many containers carrying a different freight to that stated on their papers leave from Rotterdam and Antwerp. The system leaks like a sieve everywhere, not only in the Netherlands.

Some of the plastic is incinerated or dumped in the recipient countries. The export of plastic waste is lucrative and is partly in the hands of criminal organisations, asserted Interpol in a report.

NOT OUTRIGHT BAN YET

The European Commission is working on new rules regarding the transport of waste, but its position is that export is permitted when the recipient countries can guarantee responsible processing. In The Plastic Waste Trade Manifesto environmental organisations called on the European Union to introduce a complete ban. This is the only way to prevent high-income countries continuing to dump plastic on low-income countries under the claim that it will be recycled.

Transport companies can also put a stop to this by simply refusing to transport plastic waste.

There has been increasing outcry and outrage in recent years. Environmental organisations use trackers to follow the containers to see where the plastic ends up and then call for producers, retailers and shipping companies to act responsibly. Interpol is investigating the issue. Fines may be imposed. All in all, CMA CGM has now taken action and will make a clean break from transporting plastic waste.

Should these shipping companies follow CMA CGM’s lead, a de facto ban on the transport of plastic waste within months could be in sight. This would force countries to process their own waste and will up the pressure on using less plastic, which countries are already saying that they want to achieve.

Should some shipping companies decide not to follow CMA CGM’s good example, they run the risk of being held responsible for a share in the worldwide plastic crisis.

Will an end be put to the illegal export of plastic waste?

Read more
New report should convince politicians of the need for an international plastic... 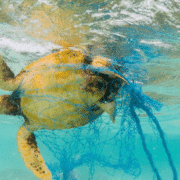 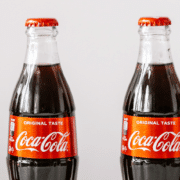