Amsterdam, 19 April 2018 – The Flemish Ministry of Agriculture and Fisheries recently set up an online incident desk Meldpunt scherp-in bij runderen to report the effects of litter on livestock farming. Cattle which eat hay or silage risk internal injury by sharp pieces of metal. These pieces end up in the feed when grass littered with tins is mown and ground down.

The incident desk was set up after a student from Wageningen University Robin van der Bles researched the problem for his master thesis. Sixty percent of farmers interviewed have had an animal injured by sharp metal. In the Netherlands, between 11,000 and 13,000 cows are injured every year, around 4,000 of them die costing farmers approximately 13 million euros. In the Flemish part of Belgium, according to estimates almost 6,000 cattle are injured, a third of which die. The economic damage is thought to be around 5.5 million euros. An increasing number of livestock farmers have their cows swallow special magnets to protect them against internal injury. However these magnets do not work on tins made from aluminum.

Deposit systems on tins prevents them being disregarded in fields and on grassy roadside verges. That is why farmers and farming organizations have joined the statiegeldalliantie (deposit system alliance).

One of those organizations is the Dutch Federation of Agriculture and Horticulture. Two representatives of the organization explain: “Horses, cows and sheep which graze outdoors run a certain amount of risk of injury to the stomach, heart and intestine by eating metal from tins and hard plastics. If we can reduce this type of litter on grassy verges and agricultural land by introducing a deposit system, it will keep the animals healthy and that will be well worth it. That is why we are committed to the alliance.”

Van der Bles’s research was carried out on behalf of Recycling Netwerk Benelux, which set up the Statiegeldalliantie. Managing director Rob Buurman: “Farmers are powerless against the problem of disregarded tins and can do little to prevent injury from pieces of sharp metal. We expect both the Flemish and the Dutch Ministry of Agriculture to support the introduction of a deposit system.”

Read more
Albatross, the film: ode to a victim of the plastic soup 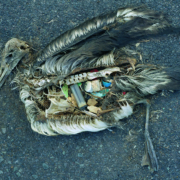 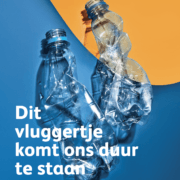 Are you ready to #RefuseSingleUse for planet Earth?
Scroll to top