Amsterdam, 18 October 2018 – Soft drink caps are one of the most common items found on beaches. The caps are made of a plastic that floats, while PET plastic bottles sink. Last May, the European Commission proposed a new directive to reduce the plastic soup. The plans are in part based on the items that are most commonly found on beaches. It is therefore only to be expected that the European Commission wants to make it mandatory that caps be attached to bottles. After all, this has been successful with the pull tags of drink cans. The vote on the new directive is due next Wednesday. In the meantime, the lobby machine of the soft drinks companies are working hard to reverse this step. According to an investigationpublished earlier this month into the most commonly found brands, the top three polluters are Coca-Cola, PepsiCo and Nestlé. These three companies, together with Danone, sent a lobby letter to the European Commission. In the leaked letter, as reported by De Standaard, they state that the intended measure will not lead to the desired result. Instead, they believe that a deposit or other collection system will enable at least 90% of all bottles, including caps, to be collected by 2025. In the meantime, should it appear in 2021 that this approach is not viable, fixed caps can still be made mandatory. The Independent also reported on the story.

“If this proposal is accepted we will start introducing the mentioned commitments immediately,” the four companies promise. This sounds like blackmail as article 9 of the European Union’s proposal is already to have a collection of 90% in 2025.

According to Recycling Netwerk, the soft drinks industry is refusing to take important action to reduce litter. Recycling Netwerk summarises the industry’s tactics, saying that the companies are trying to postpone new measures to sometime in the future to gain time in the hope that the next European Commission will no longer introduce the directive.

The multinationals emphasise that a deposit system would be effective in attaining the goals. This is ironic given that they are resisting introducing a deposit system in countries such as Belgium, France and Spain. The four multinationals further state that in the Netherlands and Germany in March next year, they will assess the percentage of caps collected through the deposit system. But what they forget is that in the Netherlands, the deposit is only levied on large bottles and not on the small bottles. This is why small bottles are found everywhere as litter. In a report, CE Delft believes that 50-100 million plastic bottles, including the caps, end up as litter.

Maria Westerbos, director of the Plastic Soup Foundation says that “The soft drinks industry’s lobby letter unintentionally shows how important it is to impose a deposit system on allplastic drinks bottles andto ensure that the caps are attached to the bottle. Its attempt to avoid the proposed mandatory cap system clearly shows that cost reduction is always much more important than looking after the environment.” 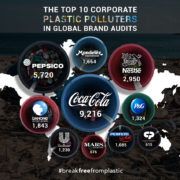 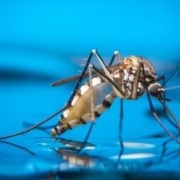 Mosquitoes transfer microplastics from water to land
Scroll to top