You are here: News We eat, drink and breathe more than 100,000 microplastics per year

We eat, drink and breathe more than 100,000 microplastics per year

Amsterdam, 27 June 2019 – The fact that each day we eat, drink and breathe microplastics has been known for some time; but the number of microplastics involved was still unclear. Researchers at the University of Victoria in Canada have now investigated how many microplastics an average American citizen intakes. An estimate was also made for American children.

However, the available data is far from complete. For example, there is no data available on the amount of microplastics in chicken, beef, cereals and vegetables. The food & beverage groups included in this study therefore represent only 15% of the calorie intake of the average American. For this reason, according to the researchers, the figures presented are probably a gross underestimation of the actual exposure. They recommend research into other food groups in order to obtain a more complete picture.

However, it does not seem appropriate to emphasise the weight of the intake. It is suspected that the most harmful particles weigh the least. This is also emphasised by the Canadian researchers. The smaller, and therefore lighter, particles may be able to pass through the intestinal and lung barriers and spread through the rest of our bodies. However, it is not known to what extent these particles are ingested, as they are so small that they cannot be detected with the current measurement methods.

Read more
Introduction to the Ocean5 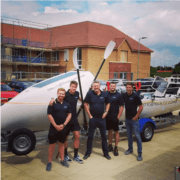 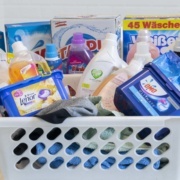