You are here: News FEWER MICROPLASTICS BY REDUCING MAXIMUM SPEED

Amsterdam, September 25, 2019 – Today, former minister Johan Remkes advises the government to take “drastic measures” as soon as possible to reduce nitrogen emissions. Among the proposed measures that directly contribute to that goal is lowering the speed limit. This has yet another positive effect for people and the environment. At lower speeds, tires wear less and fewer microplastics end up in the environment.

Last summer, a ruling by the Dutch Council of State halted thousands of building projects. Building permits were found to be illegal because the emission of nitrogen affects natural areas. The licensing system used in the Netherlands appears to contravene European agreements. The cabinet, therefore, asked former minister Johan Remkes (VVD) to propose (emergency) measures to cope with the crisis that had arisen. Lowering the speed limit on motorways and provincial roads, never before discussed by the VVD, is one of the measures proposed by the Remkes Commission today in its report “Not everything is possible”.

Tires are made from a mix of natural and synthetic rubber, they wear during use. A single tire will wear around 1.5 kilos before it has to be replaced by a new one. Where does all that wear go? Part of it is so fine that it contributes to fine dust in the air. Particulate matter consists of approximately 3 to 7% tire wear. In the Netherlands alone, according to a WHO study, more than 5000 people die as a result of this. Wear material that does not get into the air is washed away and eventually ends up in the soil, surface waters or sea. It is probably the largest source of microplastics and there is hardly any alternative to avoid these emissions. 0.8 kg of wear is produced per world citizen per year.

The formation of wear material depends in part on the way we drive. Pieter Jan Kole, a researcher at the Open University: “By reduced acceleration from the traffic light, going through the bend more carefully and braking anticipatively, we can reduce the wear of our tires. In addition, it is good to regularly check the tire pressure. When we drive more slowly, we also reduce the amount of wear that is released. There is a direct link between speed and the amount of wear material that arises. “By adapting our driving style we can prevent 10% of the wear material and save lives.” Pieter Jan sees Remkes advice as a breakthrough: “For the first time, the political taboo of lowering the maximum speed is being broken. This causes less environmental damage on all sides.” However, in the report ‘Verkenning economische effecten maatregelen bandenslijtage’ (Exploring the economic effects of tire wear measures), which was sent to the House of Representatives in June 2018 by the State Secretary, speed reduction has no priority as a measure compared to other measures that reduce tire wear.

Microplastics in the ocean

Microplastics due to tire wear would represent between 10 and 28% of all microplastics in the ocean. National Geographic refers to various studies, including a scientific study by Pieter Jan and colleagues, and has also asked representatives of the tire industry for a response. Major tire producers have joined forces in The Tyre Industry Project. But this partnership is still in the ignoring phase. Spokesperson Gavin Whitmore replied to National Geographic: “There is no globally accepted definition of microplastics. [Our] studies have found that tire and road wear particles are unlikely to negatively impact human health and the environment.” The British government is already a lot further. The Clean Air Strategy 2019 assumes that microplastics in the ocean, partly from tires, have “well-documented impacts for marine wildlife and the food chain.” 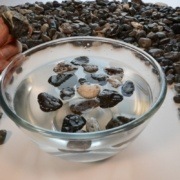 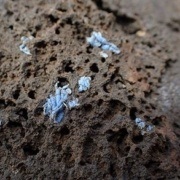 Plasticrust; coast with a plastic coating
Scroll to top