You are here: News Cheap plastic toys can be dangerous for children

Cheap plastic toys can be dangerous for children

Amsterdam, November 29, 2019 – It’s Black Friday. The bargain madness that continues until Christmas has begun. Next month, children will be flooded with plastic toys that are mainly made in China. These include toys that are harmful to their health. Strangely enough, manufacturers are not obliged to state which chemicals are in toys.

European safety requirements must be tightened up

The European Environmental Bureau (EBB) has compiled all the data on hazardous plastic toys and has launched an awareness campaign. The conclusion is that the European Union urgently needs to tighten up its policy on toys. The current policy does stipulate that certain chemical substances may not be present in toys or only up to a certain level. Products that do not meet these requirements will be placed on the Rapid Alert System for Dangerous Non-food Products so that national governments can intervene quickly. However, it is impossible to determine how many dangerous toys are slipping through the loopholes of European legislation.

In 2019, 248 toy models failed to meet the standards. These models (representing a total of several tens of millions of toys) cannot be sold in the European Union. Half of these are made of plastic and 88% of the models came from China. Of the plastic toys that were stopped at the border, 92% had the CE mark, as if they met the EU standards, but were wrongly put on them by the Chinese manufacturer.

The safety system is not watertight

To check whether sold toys comply with the standards, several NGOs have independently investigated toys for chemicals. Here is an overview of what NGOs are reporting for this year:

There have also been warnings for years about the presence of persistent organic toxins (POPs) in toys made of recycled plastic. In 2017, the International POPs Elimination Network (IPEN) examined 95 Rubrics cubes and a further 16 items, such as combs and toys, from 26 countries. Of the cubes studied, 90% contained toxic flame retardants from the shells of discarded electronic devices. Even chemicals that were banned years ago are found in new toys.

Labels should be made compulsory for toys

In particular, measures are needed to prevent the return of toxic substances through recycling in consumer goods such as toys. One effective measure is the mandatory indication of the substances used on a label, as is the case, for example, with care products.

Tatiana Santos, EEB policy officer: “The EU should get tough; ban all toxic chemicals and close the loopholes. Also, any toys allowed into toy shops should carry a label with the chemical ingredients and warning signs if needed. This way, parents could see what chemicals are in the toys they buy for their children and make informed choices.”

Photo: Yellow duck that has been forbidden on the European market because of chemicals 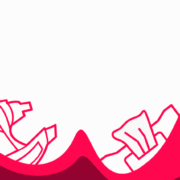 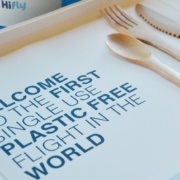 Plastic-free airports and flights in Dubai
Scroll to top