You are here: News Deposit on plastic bottles: a victory in the fight against the plastic soup!

Deposit on plastic bottles: a victory in the fight against the plastic soup!

As of July 1, 2021, there will be a minimum deposit of 15 cents on all plastic bottles sold in the Netherlands. This decision was delivered to the parliament today by the State Secretary of Infrastructure and Water Management, Stientje van Veldhoven (D66). This decision is a positive result of a battle over deposit-refund systems that dragged on for years. Without a deposit, plastic bottles end up on the streets and, in nature, eventually contributing to the plastic soup. Annually between 50 and 100 million of these plastic bottles end up in the environment in the Netherlands alone.

Maria Westerbos, director of the Plastic Soup Foundation: “This is fantastic news! Together with other environmental organizations, we have worked hard for this for many years. We warmly congratulate Stientje van Veldhoven for her decision.”

Next summer, consumers will be able to hand in small plastic bottles at train stations and gas stations. The minister was able to make her decision based on amended regulations, which were published today in the Staatscourant (Government Gazette). The adjusted regulations will introduce a standardized national collection system with a deposit for small plastic bottles next summer. Producers or importers will then be no longer allowed to sell bottles without a deposit fee. However, other plastic beverage packaging and, for example, squeeze bags are excluded.

There is, as of yet, no rules for deposits on tin cans. Since last year there has been a majority in the Dutch parliament – after also, the CDA pronounced itself in favor of deposits on cans. However, legal rules are drafted for the introduction of deposits on tin cans in 2022. With the fore coming measures, the minister gives the sector one last chance to tackle litter. If producers are not able to reduce can litter according to the regulations, a deposit scheme will be implemented. Legislation is the key, and a deposit on cans is urgently needed. As shown during World Cleanup Day, last September, tin cans were the most found trash item of the Netherlands.

The introduction of a deposit system on bottles and cans is widely supported. Organizations and governments that join the Deposit Alliance (Statiegeldalliantie) are in favor of deposits systems on plastic bottles and tin. Almost all municipalities in the Netherlands (98%) have done so, as have all water companies. The packaging industry and supermarkets have successfully resisted the expansion of deposits for many years. Until today, the lobby always succeeded in preventing or delaying legal measures.

Deposits are the most crucial cog of the circular economy. The deposit-return system ensures not only less litter and lower clean-up costs, but also clean return flows. For optimal recycling, the plastic mustn’t be mixed with other types of plastic. And this is only possible when the plastic bottles are returned separately.

The government has adopted the previously set target of recycling 90% of all plastic bottles to the Single-Use Plastics Directive, which requires the Member States to collect 90% of plastic bottles. For the Netherlands, this obligation will take effect on January 1, 2022, as a result of the commitment to the packaging industry.

Read more
Submitted letter in The Times from Plastic Soup Foundation and A Plastic Pl... 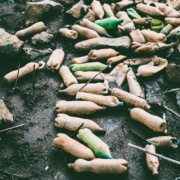