You are here: News After success in Rotterdam, Plastic Soup Foundation tackles pollution in Limburg

The first attempt by the Plastic Soup Foundation at the beginning of this year to have an environmental department take action against a polluting plastic producer in Rotterdam through an enforcement request was an immediate success. A unique case for Europe. Now it is time to move on. We are going to target Chemelot, the vast complex for the chemical industry in Limburg.

Following our enforcement request in January, the regional environmental department DCMR immediately came into action when they saw how heavily the ports named Londenhaven and Brittanniëhaven in the Botlek were polluted with plastic granules (nurdles): the raw material used in the production of all kinds of everyday utensils and packaging. Two months later, plastic producer Ducor was obliged by DCMR to clean up the polluted ports and was fined €15,000 for each infringement found.

We are also proud that, following our enforcement request, DCMR indicated that it would be tackling the plastic granule problem much more broadly. All polluting companies in DCMR’s region and the entire production chain will be identified. Also, enforcement action will be taken against other companies if these nurdles leak to the environment.

Cleaning up the Londenhaven port

Since then, the question was not ‘if’ but ‘when’ Ducor would start. And yes, last week, we learned that Ducor would start cleaning the Londenhaven on Tuesday, 21 April. We went there to have a look – read here about our visit to the site.

Ducor argues in its defense that it is not the only cause of this pollution, but acknowledges to be co-responsible. The management and staff present on 21 April were shocked by what they found. On its website, Ducor reports on the method used to suck up the small granules of the basalt blocks.

Plastic Soup Foundation is happy with these first steps but also disappointed that Rijkswaterstaat has not yet granted our request also to investigate and clean up the silt in the harbor. This is also expected to be heavily polluted because the nurdles of other types of plastic do not float and wash ashore, but sink to the bottom. We are considering what next steps to take.

The European Plastic Pact has not been signed by plastic producers. Plastic is a petrochemical product and producers have no interest in reduction. Shell will take a new plastic factory into use this year in Pennsylvania in the United States. The 6 billion euro plant converts ethane gas, a by-product of shale gas, into ethylene. More than one and a half billion kilos of polyethylene will be produced annually. This basic raw material will be processed into a semi-finished product in the form of nurdles, from which all kinds of plastic products will be made.

In addition, we are still awaiting a decision from the Omgevingsdienst Zuid-Holland Zuid. Our enforcement request to take action against Ducor on account of polluting activities in a Natura 2000 area lies with them. We expect to receive a decision on this matter by the end of June 2020.

We have not only investigated pollution with plastic granules in Rotterdam and found serious violations, but also in Limburg, among other places. The plastic producers are so carelessly handling the material that in some areas, it looks as if a hailstorm has just been pulled over.

That is why our lawyer has now contacted RUD, the environmental department of South Limburg. Hopefully, he’ll be in action as soon as DCMR. If not, an enforcement request will undoubtedly be filed again.

The success in this nurdle case is partly due to our loyal supporters.

Become a donor as well! And help us in our fight against plastic pollution. 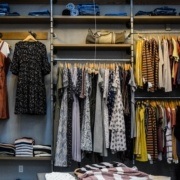 NGOs advocate for a more sustainable and fairer textile sector
Scroll to top
This site uses cookies. By continuing to browse the site, you are agreeing to our use of cookies. Learn more