You are here: News EU OFFERS COMPANIES MANY ESCAPE ROUTES FROM SUP DIRECTIVE

Next July, the European SUP-directive will come into force. The goal is to significantly reduce the number of single-use plastic products that end up in the environment. Therefore, some products will be banned, such as straws and cotton swabs. Sales of other products will also be curbed, for example, by obliging producers to provide the product with a warning label or by making them responsible for the clean-up costs.

The European Commission is now developing a separate guideline for the Member States to facilitate the directive’s implementation. This guideline will indicate which products are and which are not covered by the directive. However, a draft version leaked to the press shows that there are still many escape routes for companies.

MULTIPACKS DO NOT COUNT AS DISPOSABLE PLASTIC

Bread wrapped in plastic or individually wrapped sweets in a bag is not considered as single-use. Although the packaging is used only once, the contents consist of several ‘single portions.’ If there is a good chance that a product wrapped in plastic is consumed directly outdoors, then a product does fall under the SUP-directive. Therefore, a single sandwich may no longer be separately wrapped in plastic, but a whole loaf may be.

Another example is four small plastic yogurt trays attached to each other and broken off. You pay for the four as a single product, and there is a good chance that you won’t eat all four on the street. And so you don’t see much of the yogurt cups in the litter. Since they are several portions, they are not covered by the directive, whereas that would apply to a single yogurt container.

It is feared that, in order to fall under the regulations, producers will offer their products much more as multipacks. Small chip bags will disappear, but the big ones will remain. And you will continue to find them in the litter because people won’t eat fewer crisps outdoors.

IS A LOT GOING TO CHANGE IN PRACTICE?

A series of single-use products will not be banned. For these products, the producers will be responsible for their contamination. These are single-use food packagings, such as packaging for fast food, wrappers, and bags, and also drinks packaging such as squeeze pouches.

In the Netherlands, there is already a regulation that producers (jointly) pay for the disposal of waste in the Packagings Decree. What will actually change in practice? Presumably very little. An individually wrapped energy bar may continue to be sold.

Another escape route for manufacturers is to play with the concept of ‘reuse.’ The directive covers only single-use products. If a disposable product can be used twice or more or is washable, it is not included. This will also result in a shift in the way in which manufacturers offer their products.

This shift is already underway. Plastic Soup Foundation reported last year about the plastic cutlery that supermarket PLUS offers for sale: slightly thicker plastic forks, knives, and spoons than before, which are suddenly sold as sustainable and washable. However, consumers will continue to regard them as disposable cutlery. By not acting in the spirit of the SUP-regulation but to the letter, you don’t prevent plastic cutlery from still ending up in the environment.

Wet wipes may still be sold under the SUP-directive, even if they contain plastic and cause damage to sewers due to blockages. The only thing that applies to wet wipes is the extended manufacturer’s responsibility. From now on, producers must indicate on the products whether they contain plastic. Certain wipes and menstrual products are exempted from the directive because of the definition of plastic that excludes regenerated cellulose (viscose, cellophane, rayon). Break Free from Plastic, therefore, expects a shift towards these materials.

The manual currently being drawn up and submitted for consultation to the Member States interprets the SUP Directive far too broadly. A much stricter interpretation is necessary to achieve the intended objectives: less plastic in the environment and less single-use plastic.

It is essential that the criteria ‘multiple portions’ or ‘more often served’ are removed from the concept for products whose packaging often ends up in the environment. It is also vital to ban more packaging or products. The extensive producer responsibility – as it is now being developed for the SUP – is really insufficient to prevent environmental pollution. 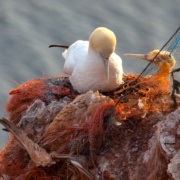 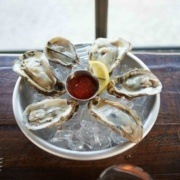 Risk of spreading pathogens through microplastics in shellfish
Scroll to top