In the run-up to this campaign, three supermarket chains (Sainsbury’s, Aldi and Superdrug) promised to stop using the plastic applicators of their brands. In addition, more and more supermarkets are offering plastic-free alternatives so that consumers have a choice that was not there before. However, Tampax and Always (also from Procter & Gamble) have so far not responded to this call, which is becoming increasingly widely accepted.

Two things struck Daish when she started her campaign in early 2018. In the discussion about reducing plastic, we almost exclusively talk about items like plastic bags, but hardly ever about menstrual products. The second thing she noticed was the menstrual products that wash ashore on British beaches. These were previously flushed down the toilet and eventually ended up in the sea. On her website, she explains the how and why of the campaign.

The Plastic Soup Foundation supports Daish’s campaign 100 per cent and calls on everyone to sign her petition ‘Make all Menstrual Products Plastic Free’ and use the hashtag #EndPeriodPlastic in social media.

IF YOU WANT TO READ MORE, GO TO:

Read more
At no. 1: the cans of Red Bull 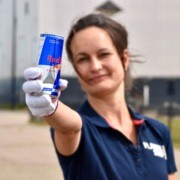 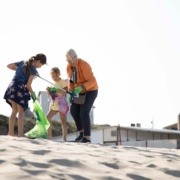