You are here: News Make ‘ecocide’ a crime and give citizens a say in environmental policy

Despite all the attention paid to the plastic soup, it has not diminished but increased in recent years. The same applies to other environmental crises, such as global warming, deforestation, ocean acidification, and loss of biodiversity.

Governments appear unable to take adequate measures, either individually or jointly. Among other things, there is a lack of adequate international regulation. Citizens are not heard sufficiently, and multinational companies have actually free rein.

Two important initiatives can help turn the tide: making ecocide a criminal offense and setting up a Citizen’s Council on Climate & Environment.

There is growing support for making ecocide — severe environmental crimes — an international crime. Last month, the European Parliament called on the EU and member states ‘to recognize ecocide as an international crime in the Rome Statute of the International Criminal Court (ICC).’ Individual Member States such as France, Belgium, Finland, Sweden, and Spain have already taken steps in this direction in recent months.

The call is for ecocide to be included in the Rome Statute. At the same time, an international team of lawyers is working on the definition of ecocide. The French President Macron has already supported the idea after recommendations from the French Citizens’ Council. This Convention Citoyenne pour le Climat also advocates embracing the nine planetary boundaries as a ‘guiding principle’

PARTY FOR THE ANIMALS LEADS THE WAY

The Netherlands is lagging so far. The Dutch Party for the Animals, however, has submitted a comprehensive Initiative Paper on the need for international ecocide legislation. The proposal, which calls on Parliament to take a stand in favor of making ecocide punishable, will be discussed in the Lower House in the first half of this year.

The French Citizens’ Council was established not so long ago after the yellow vest protests to give citizens a voice on the one hand and close the gap between citizens and government on the other. Citizens are very well able to come up with measures to combat the climate crisis and there will also be more support for these measures.

In the Netherlands, Bureau Burgerberaad, the Transitiemotor, and Extinction Rebellion have taken the initiative to establish a Citizens’ Council on Climate and Environment. Their appeal, supported by the Plastic Soup Foundation, is to include the Citizen’s Council in the upcoming coalition agreement so that it can start later this year.

The Citizens’ Council Manifesto explains the most important points of departure. The elected citizens must be a fair reflection of society and must be able to operate independently of political parties or lobby groups. The government must follow up on proposed solutions if they have sufficient support from the participants.

Climate and biodiversity loss are essential issues. The precautionary principle and planetary boundaries are leading principles.

Read more
Land (almost) in sight for Dutchess of the Sea! 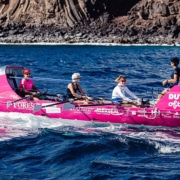 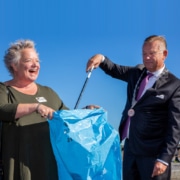 Ten years of Plastic Soup Foundation
Scroll to top
This site uses cookies. By continuing to browse the site, you are agreeing to our use of cookies. Learn more