You are here: News On eco-anxiety and the usefulness of fear

On eco-anxiety and the usefulness of fear

Recently I received a message from a former colleague. His 12-year-old son Mo Schulte Nordholt had written an eleven-page paper on the problem of the plastic soup and, according to him, had become “very gloomy” about it. He sent along this photo of a few lines from the epilogue:

‘I hope the reader learns something from it, too. It’s quite a terrible subject. Fortunately, there are also solutions. I think it’s very important that this problem be solved’

Mo represents an entire generation that is far too young to worry about the future. When he had approached me in preparation for his paper, I mainly pointed out to him the possible solutions. I didn’t write to him about the ever-closer tipping point after which the consequences of plastic pollution will be irreversible, but instead tried to give him hope and show him that it might not yet be too late to find a solution for the plastic problem.

As a matter of fact, this is how we do it in all our communication from Plastic Soup Foundation. We try – inspired by the principles of constructive journalism – not to be exclusively the messenger of bad news, but also to inspire people and give them hope.

But not everyone is in favor of that. Greta Thunberg, for example, believes that you should sugarcoat the truth. Rather than giving hope, she believes that people should be confronted hard with the coming apocalypse.

And who among us does not feel that panic? About the speed at which our climate is changing, the lack of attention for the plastic problem, the link between the two, and the possible connection with an increased risk of pandemics?

There is a term for this in English: eco-anxiety. In 2017, the American Psychiatric Association (APA) described eco-anxiety as “a chronic fear of environmental doom”. British-Australian psychoanalyst and writer Anouchka Grose, who has been working on the topic for several years has written a book about it: A Guide to Eco-Anxiety: How to Protect the Planet and Your Mental Health.

In her foreword, she writes, “If people come to my office and describe staying awake all night worrying about burning forests and melting ice caps, I’m not going to tell them to stop. They’re right: it’s the people who aren’t worried who are crazy.”

Grose: Maybe we can’t, or shouldn’t, expect to feel happy, safe and well all the time, because that’s just delusional: a fantasy fed by the irresponsible socio-economic ideologies that got us into this whole mess in the first place.’

But fortunately, Grose – as the subtitle suggests – thinks it’s important not only to save the planet, but also our sleep. That’s why, as part of World Mental Health Day, 10th October, we reached out to her for an interview.

I’m definitely going to watch, I’ll see you on Instagram!

Read more
Chemours to the European Court for hazardous GenX 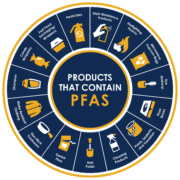 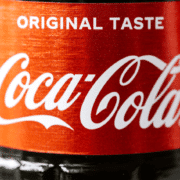 Is Coca-Cola ambitious enough about bottles of recycled plastic?
Scroll to top