Amsterdam, 11 October 2019 – In 2025, Coca-Cola Europe will take back as many bottles and cans as it sells. This is one of the new goals that Coca-Cola Europe has announced. The multinational, which sells more than 120 billion packaged drinks worldwide every year, is under increasing pressure because of its contribution to the plastic soup. The new target includes the introduction of deposits. Without these, the promise to collect as much as is sold cannot be fulfilled. With this declaration, Coca-Cola Netherlands unequivocally supports the introduction and expansion of deposits.

By January 2018, Coca-Cola had already set itself the goal of collecting the same amount of plastic bottles and cans as it sells by 2030, as part of the World Without Waste campaign. This goal has now been moved up by 5 years. According to Coca-Cola-CEO James Quincey in an interview with CNN, there will be no longer ‘single-use’ if all bottles are collected for recycling. Other (tightened) goals are:

Coca-Cola has a very bad track record when it comes to l reaching their sustainability goals. For example, in 2008 it was announced that by 2015 25% of plastic bottles would be made of recycled plastic. In reality, by 2018, this was only 7% worldwide, as can be seen in the revealing DW Documentary on ‘Coca-Cola’s plastic secrets’. In order to determine whether Coca-Cola is actually reducing its plastic footprint, the company must be fully transparent about the annual use of each type of plastic, including how it compares to the set targets. And Coca-Cola has made that promise! Now it has to become clear whether this could lead to an absolute reduction of plastic, or whether the announced reduction will be overtaken by the company’s growth. In other words: all efforts will be canceled out if more plastic bottles are sold.

Capri-Sun as a litmus test

One of the many brands of Coca-Cola is Capri-Sun. Capri-Sun pouches have no deposit, you cannot return them after use and they are difficult to recycle because they consist of multiple layers of plastic combined with a layer of aluminum. The pouches make a visibly large contribution to litter, so preventing them from ending up in the environment should be a high priority. Coca-Cola’s statement raises some pressing questions in this regard:

Maria Westerbos, director of the Plastic Soup Foundation: ‘We expect full transparency from Coca-Cola Nederland on the question of how each brand implements the goals in our country. All too often, promises made by Coca-Cola have turned out to be empty promises. 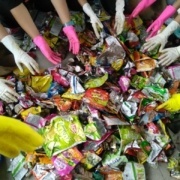 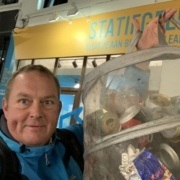 The Zwerfinator comes 1st in ‘Sustainable Top 100”
Scroll to top