You are here: News The big sly trick to get rid of plastic waste: pretend it’s fuel

What do you do if you cannot recycle your plastic waste? You invent a trick called processed engineered fuel: don’t sell or export collected plastic as waste, but as fuel. And voilà! Suddenly you circumvent all the rules about waste, and you can pretend it is recycling.

The tried and tested route? Shred mixed household plastic waste and sell it to the cement industry as fuel. But call it recycling or processing.

This week in Australia, a law is being voted on that allows this cunning trick. This law has everything to do with the fact that, in 2018, China closed its borders to the import of plastic waste. Other South-East Asian countries took similar measures. Countries such as Malaysia refused to be a dumping ground for this waste any longer. Containers containing plastic were returned, including to Australia.

Initially, the country decided not to export plastic waste anymore, but now there is the Waste Export Ban Bill, which allows plastic waste to be converted into oil. You shred the collected mixed plastic (processed engineering), and you call it fuel. Because it is fuel, you are allowed to export it, for example, to Holcim Philippines Inc., a producer of cement in the Philippines that fires its ovens with it.

Meanwhile, multinationals have also discovered this escapade route, as Nestlé’s activities in the Philippines show.

The Australian organization National Toxics Network is furious. Australians are being led to believe that their plastic waste will be recycled, but it is, in fact, incinerated as an alternative to oil. Because plastic waste is full of chemical additives, it is far from being a clean fuel. Strict standards should, therefore, apply to prevent toxic emissions. This has nothing to do with recycling, of course, and the suggestion that it is recycling is misleading, to say the least.

The new law could be counterproductive because pollution is not decreasing but increasing and, in fact, stimulates plastic production. On the contrary, to curb the global problem of plastic soup, a sharp reduction in its use is necessary.

The alternative is obvious: invest in systems that require less one-off plastic and look at proven Zero Waste City concepts. They show how to reduce waste and how to process it properly.

Most of the plastic waste comes from a few multinational companies that package their products in plastic. Nestlé is one of the largest in the world. The company announced last September that it would make its packaging more sustainable. In addition to developing new packaging and stimulating different consumer behavior, the third pillar is ‘shaping a waste-free future.’

Nestlé’s first point about this pillar is that Nestlé is right on the ball. Last August, Nestlé collected and processed as much plastic in the Philippines as it sold with its products. Fantastic, you would say. But how is this collected plastic really processed? According to the circular economy idea, plastic waste should ideally be put to good use again. Still, in practice, it is now being downgraded as an alternative fuel in the cement industry.

Fortunately, Nestlé reassures the unsuspecting reader: ‘It is authorized by local environmental laws and regulations.’ 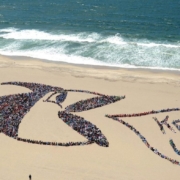 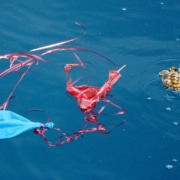