You are here: News Coca-Cola’s ‘more sustainable’ packaging does not yet even exist

The measures that Coca-Cola is taking against the plastic soup are hardly helping. The company promotes itself as more sustainable than it actually is, and the most important measure is nowhere to be seen.

In a full page advertisement (in Dutch), Coca-Cola recently advertised its ‘strong set’ of measures in the battle to reduce plastic waste. One of these is that as of this month, the caps on the bottles will be attached so that fewer caps end up in the environment.

That fixed caps will be a European Union requirement as of 3 July 2024 is not stated in the advertisement. And neither is the fact that in 2018 Coca-Cola actively lobbyed against the introduction of this requirement.

The ‘strong set’ of measures against plastic waste is designed to let the public believe that the company is well ‘on the way to more sustainable packaging’. But the opposite is true.

LOBBY LETTER HAD NO EFFECT

On 9 October 2018, Coca-Cola, Pepsico, Danone and Nestlé sent a lobby letter (reproduced in a Flemish article) to the European Commission with the intention of removing the then proposed requirement of fixed bottle caps from the agenda. The letter suggested all sorts of measures to evade the requirement. The lobby failed and a fixed cap was included in the package of measures in the Single Use Plastic (SUP) Directive.

What Coca-Cola is now doing is a tried and tested strategy by companies – the terms are met before the requirement takes effect. Their actions are then presented as if they were taken voluntarily and are meant to show how seriously they take sustainability.

WILL COCA-COLA REMAIN THE BIGGEST POLLUTER?

Coca-Cola, with more than 500 brands, sells 200,000 plastic bottles every minute worldwide. Counts of washed up packaging show year in year out that the multinational is the world’s biggest polluter. Steps such as making bottles lighter or producing locally do not really help.

Will Coca-Cola remain the biggest polluter forever or can it really do something about the plastic soup? At the moment every single bottle is produced individually and used just once (even if it is made of recycled plastic). If this business model would be exchanged for refillable bottles, Coca-Cola would really do something to reduce the plastic soup.

Refillable PET bottles are stronger and a bit heavier than the single-use PET bottles that we are used to. After use they are returned, cleaned and filled, and can be used 20 to 25 times. If they are no longer usable, they can still be recycled. Coca-Cola Brazil has years of experience in this.

In 2018, several brands of Coca-Cola in Brazil decided to introduce a Universal Bottle. Since then, many brands have used each other’s bottles to refill and sell and this has reduced costs, material and CO2. The Universal Bottle saves 90% of the plastic consumption. In 2019 in Brazil alone, 1.8 billion single-use PET bottles did not need to be produced.

Refilling is the way to go

One of the measures stated in the advertisement is that the green Sprite bottles will become colourless and transparent to make recycling easier. But recycling always means devaluing the material. The material deteriorates a little every time it is recycled. To continue meeting the packaging requirements, a lot of new plastic is still needed. In contrast, a refillable bottle can be used a long time without loss of quality.

Apart from ensuring that all bottles are made of suitable recyclable material, also ensure that all brands use refillable bottles of the same shape. This means that different brands use bottles that they can all use so that new bottles do not need to be made all the time. With its brown beer bottles, this system is known in the Netherlands for a very long time.

If Coca-Cola is smart and sustainable, it would take this path. And do so before governments make the universal bottle obligatory. Then they would not need to lobby against anything.

The future of the refillable bottle is promising 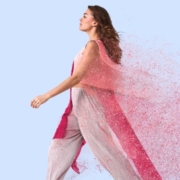