You are here: News PSF presents the SUP file

The European Commission has compiled the Single Use Plastics Directive to reduce the amount of plastic in the sea. The SUP-Directive bans a number of plastic products that are used only once and subjects other products to certain measures. The first measures will take effect on 3 July.

The Plastic Soup Foundation is receiving a lot of questions about the SUP-Directive. For example, what we think about the measures and the way in which the Dutch Government is translating the Directive into national legislation.

To answer these and other questions, we have put together a file. The SUP-Directive is a far reaching step in the fight against the plastic soup. We applaud it while at the same time recognising that it could and should be a lot more ambitious.

Read more about in our Sup-Directive file

Useful tables have been made to show directly whether packaging falls under the Directive or not. A deep freeze meal needs further preparation and thus does not fall under the Directive. Bars of chocolate that are sold in a multipack are included because they are intended for immediate consumption.

For Plastic Soup Foundation, the guiding document is primarily a tool to check whether companies comply with the new regulations.

EXCEPTIONS FOR VISCOSE AND CELLOPHANE

The guiding document was published a year later than intended, mostly because of strong resistance from industry. The Commission acceded one point to industry. Viscose, lyocell and cellophane no longer fall under the definition of plastic, while these plastics were considered plastic in the draft version. In a letter to the Commission, environmental organisations pointed to the consequences of this and the confusion that could arise among consumers.

Also see the press release (in Dutch) in which environmental organisations call on the Cabinet to enforce more stringent policies regarding disposable plastic. 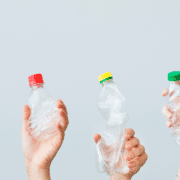 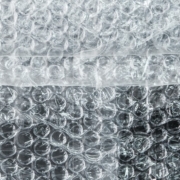